Turbo charged petrol cars have long been king when it comes to performance and the gains that Blag Tuning can achieve with a turbo charged car are simply breath taking. With modern turbo charged cars, the turbo is controlled by the ECU. At Blag Tuning, we can remap the ECU to maximize the boost efficiency throughout the whole rev range to enhance the power delivery.

The remapping of a petrol turbo engine ECU, by Blag Tuning, can produce between 15-30% extra bhp, dependent on vehicle spec. Remapped cars will be notably more responsive, by immediate power in the throttle input & no higher rev lagging either. The considerable increase in torque & power gives the engine more gear flexibility & also reduces any need to shift-down, when overtaking.

Remember, our petrol map and petrol engine tuning technology can modify the ECU on virtually any petrol ecu tuning chip. We can help improve your engine power and transform your vehicle’s drive ability, even if it’s been modified. Speak to one of our petrol remap, petrol tuning experts to see how we can help. We also regularly remap non-turbo petrol vehicles, which although don’t have as evident gains as a turbo petrol vehicle, can still be remapped.

Blag Tuning ‘ecu remap programmers’ also cover specialist hybrid turbo and large turbo conversion vehicles. Please ask us for information regarding any vehicle or remap advice that you can’t find on the site. Our remap engineers are specialists in the ecu remapping field & will always help. Ask a member of our team anytime.

After remapping the ECU (petrol remapping) on a turbo petrol car you can expect the following improvements:

Many years ago diesel was seen as the fuel for tractors and trucks only. However, with the advances in ‘diesel engine technology’ this has changed and many diesel cars now outperform their petrol equivalents. Blag Tuning has found the right balance for diesel engines, whether turbo or non-turbo. We have different maps to suit all types of drivers. Read on for more information about this…

When Blag Tuning remap a diesel turbo engine, the approximate gains are from 25-40% extra bhp and upto 65% extra torque, dependent on vehicle specification! Diesel engines have the most remarkable power & torque gains. The entire rev range gets increased power & even under load conditions, these engines will show amazing ‘torque force’. Virtually any diesel car will have its performance & drive-ability, absolutely transformed!

Blag Tuning ‘ecu remapping programmers’ also cover specialist hybrid turbo and large turbo conversion vehicles. Please ask us for information regarding any vehicle or remap advice that you can’t find on the site. Our remap engineers are specialists in the ecu remapping field and will always be able to help.

After remapping the ECU (diesel remapping) on a turbo diesel car you can expect the following improvements: 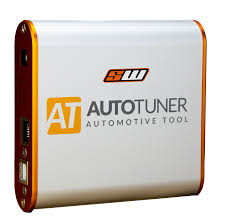